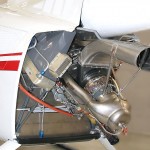 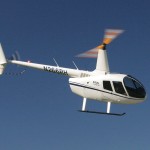 Torrance, CA —Robinson’s turbine helicopter, the 5-place R66, will be on display at HeliExpo in Houston, Texas, February 21, 22, and 23, 2010. The base price with standard equipment is U.S. $770,000 and the required non-refundable deposit is U.S. $75,000. Robinson is now officially accepting orders. Serial numbers will not be assigned and delivery dates will not be confirmed until after FAA certification is complete.

The R66 incorporates many of the design features of its reputable predecessor, the R44, including a two-bladed rotor system, T-bar cyclic and an open interior cabin configuration. The most notable differences are its increased reserve power, increased altitude performance, fifth seat and large baggage compartment. Popular upgrades including HID landing lights, leather seats, and a stereo audio control panel are standard in the R66.

R66 SPECIFICATIONS ARE BASED ON PRELIMINARY TEST DATA AND ARE SUBJECT TO CHANGE.

All Robinson aircraft are sold through the company’s world-wide dealer network. Robinson is currently accepting R66 dealer applications. With almost 400 Robinson dealers and service centers already established, Robinson anticipates having extensive R66 support in place by the end of 2010.