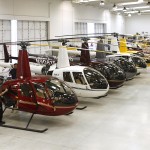 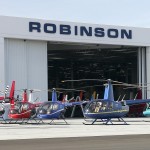 While the R44 remains Robinson’s top selling helicopter, the response to its latest model, the R66 Turbine, has been very strong. The R66 was FAA certificated in October 2010. As of December 31, 2011, total orders received for the new model exceeded 360.

Robinson enters 2012 with a backlog of more than 400 aircraft orders making production a top priority. The company has expanded its manufacturing space and is continuing to increase its workforce. Other priorities for 2012 include foreign validation of the R66 and FAA certification of new options for the R66 including floats and a police version.

Robinson Helicopter Company is the world’s leading manufacturer of civil helicopters. For additional information about Robinson, visit the website at www.robinsonheli.com.