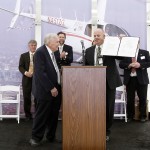 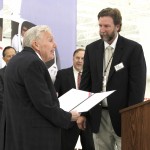 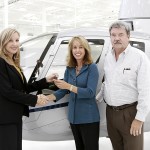 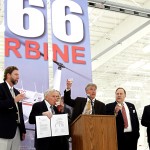 Preliminary design of the R66 began in 2001 but engineering began in earnest in 2005 when Robinson reached an agreement with Rolls-Royce to develop the RR300 turbine engine. Frank Robinson had considered other power plant options, but ultimately collaborated with Rolls-Royce on the RR300, a derivative of the Rolls-Royce model 250 series. The concept of the R66 is the same that launched the R22 in 1979 and the R44 in 1992: a helicopter designed to perform as well or better than its competitors but for a lot less money. The R66 is certified to the current amendment of the federal regulations, including the latest crashworthiness standards. Pete Riedl, Robinson’s Chief Engineer, stated, “Because we were not working to a hard deadline, we had the opportunity to refine and optimize the design. The performance of the aircraft, so far, has met or exceeded all of our expectations.”

Dealer and maintenance support is growing with nearly sixty R66 dealers approved. Robinson is continually reviewing applications and expects to have world-wide support in place by the end of the year. With a growing back log of orders, production is underway and deliveries are scheduled to begin in November 2010. Initial deliveries will be in the western United States, allowing Robinson to monitor performance. The very first production ship, S/N 0004, was delivered to Helistream Inc., Robinson’s longtime dealer in Costa Mesa, California.